It seems that women are no longer the second sex in Egypt’s streets. But is that true? Twenty-six-year-old Asmaa Mahfouz successfully gathered a critical mass of demonstrators during Egypt’s uprisings last year when she uploaded a video of herself stating: “I, a girl, am going down to Tahrir Square … Come down with us and demand your rights, my rights, your family’s rights.”

The video went viral bringing out more than 50,000 people to kick-start demands for regime change. After the subsequent commotion relented, in December, Mahfouz was awarded the Sakharov human rights prize for her bold action.

Women protesters are not a new sight for Egypt; they joined demonstrations in Cairo against the British to call for independence in 1919. When Hosni Mubarak stepped down last year, women were seen marching Cairo’s streets while cheering, some in niqabs (full-face coverings), some in hijabs and some not wearing head coverings at all.

These women did not waste any time in getting involved in politics – activities that were very much limited by the previous government. Renowned activists, such as the famous feminist writer Nawal El-Saadawi, revived the Egyptian Women’s Union, an organization demanding that women be present in all activities of the government and all committees to amend the nation’s constitution.

The requests were appropriate. Half of Egypt’s university students are women. Women make up 24 percent of the workforce and are also highly visible in the media. Nevertheless, women were rarely present in the government. Most Egyptian women are expected to nurture their families as mothers or daughters, and to live conservative lives.

Although they played a significant role in toppling the previous regime, the women of Egypt faced steep challenges in legislative elections in January. The Supreme Council of the Egypt Armed Forces (SCAF) cancelled a quota system that originally allocated 64 seats (12 percent) of legislature to women. The reason was that the quota had been established under Mubarak and was therefore suspected to cater only to government-approved candidates.

Egyptian political parties were also skeptical about running women candidates. Because most women have domestic roles, they are unpopular and consequently political parties are reluctant to endorse them. Furthermore, just as in every society, there is a section of the population that holds conservative views.

Egypt’s newly established Salafi-oriented Nour Party provides one example. It campaigned on a platform that women should be prevented from being elected and that female participation in government should be labelled as “corruption”. Despite these misogynist comments, the Nour Party was able to win 20 percent of the seats in the first round of legislative elections.

The final challenge for women seeking office is that new electoral systems create barriers for women who want to run for office. The system prefers candidates who come from political parties rather than independent contestants. The logic is to prevent former regime politicians from resurfacing, because it was predicted that the old regime’s cronies would register independently after Mubarak’s National Democratic Party was dissolved by the court.

Despite these hurdles, 376 women rallied to become legislators in Egypt’s recent elections, amounting to 31 percent of all candidates. Most of these women were independents, with only 6 percent coming from political parties.

Their results were poor: Only seven women were elected to the Egyptian legislature’s 498 seats. 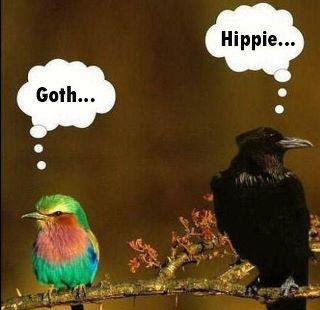 In Indonesia, a quota policy exists but its implementation is questioned. The country retains a 30 percent quota to support women contestants as part of the Elections Law and the Political Parties Law. Women’s opportunities were also enhanced by the adaptation of a “zipper” system, which requires political parties to nominate one woman for every two male candidates.

Nevertheless, in the 2009 general election, candidates from the Democratic Party and the Indonesian Democratic Party of Struggle (PDI-P) challenged the zipper mechanism at the Constitutional Court and won. With this incident, the women’s quota seems to be negligible. There were almost no sanctions given to political parties that did not fulfil the 30 percent quota. There are currently 100 women in our House of Representatives, equal to 18 percent of the body.

Women’s Empowerment and Child Protection Minister Linda Gumelar has stated that the ministry will fight to improve the law for the 2014 general elections. The ministry also gave input to improve women candidates’ standing with the Home Ministry last year. The changes are yet to be seen.

It is a shame to notice how during the nation’s independence struggle, many Indonesian women played an equal part with men as fighters and supporters but now they are discounted from peaceful state assembly. This situation proves that Indonesia, just as in a struggling society such as Egypt, women are welcome to participate in the revolution. But when it c omes to power contests in creating a stable state, women have once again been left out.

The writer is an associate research fellow at the S. Rajaratnam School of International Studies (RSIS), Nanyang Technological University, Singapore.