The world commemorates International Day of the Elimination of Violence against Women every Nov. 25. The United Nations has dedicated the day to the global campaign opposing violence against women since 1999 although women activists have observed the day since 1981 after the Dominican President Rafael Trujillo ordered the assassination of the Mirabal sisters in 1960.

What is the moral of this story? It takes time for the truth to be known and for the wrongdoings to be fixed, provided people do not forget.

Another story is the Convention on the Elimination of All Forms of Discrimination against Women (CEDAW) that is commonly referred as international bill of rights for women, adopted by the UN in 1979. The convention binds signatory parties to take measures to end discrimination that restricts women’s equal rights and freedoms in all sectors. Despite the slow adoption, by November, 187 out of 193 countries in the world had ratified the convention.

Unfortunately due to internal politics, the United States, Iran, Somalia, Sudan, Palau and Tonga still resist. Therefore even though US President Barack Obama strongly supports women’s equal rights — citing it in his campaign, which got him elected twice — unwillingness to grant such rights still exists domestically as the US Senate has not ratified CEDAW.

Ironically, Afghanistan ratified the convention in 2003 after the US arrived in the country to fight terrorism alongside the “fight for the rights and dignity of women” as endorsed by Laura Bush.

Although an imperfect example, Afghanistan has made visible progress on the road to empower its women. In 2009, the country’s civil society declared the Kabul Declaration of Women’s Rights. One of its goals is to put 30 percent women in leadership positions.

Two years later, after a long controversy, Afghan women won 27 percent of the seats in parliament. There are 35 percent of girls enrolled in primary and secondary education and more is expected as Afghanistan National Development Strategy 2008-2013 aims for 75 percent.

However, for them domestic violence is still rampant and walking outside remains dangerous. Leftover Taliban fundamentalists continue to disapprove of women taking part in public activities and try to stop them by throwing acid, poisoning drinking water or attacking buildings. Last year, there were 185 documented attacks on schools and hospitals.

Yet, this does not mean CEDAW does not work, it only needs more time.

Ratification of CEDAW and its optional protocol is important because it shapes national and domestic policies to grant more opportunities and security for women and their family. Examples vary from Kuwait following the CEDAW recommendation to allow women to vote in the election starting 2005, to the Solomon Islands that passed the Evidence Law in 2009, which recognized women’s testimony as equal to men’s where previously women’s word was not trusted.

An excellent model for translating CEDAW in to its legislation in Southeast Asia is the Philippines. The country enacted the Magna Carta for Women in 2009, which accepts the state’s duty to abolish unequal structures and practice that perpetuate discrimination in all sectors, such as media, citizenship and marital life. Applause is need to be given here because this Magna Carta acknowledges the rights of marginalized women, including rural and indigenous women, informal women workers, migrant workers and women with disabilities.

The legislation guided the harmonization of many existing laws and amended or repealed discriminatory laws within three years. This made the Philippines a good place to be a woman according to Foreign Policy magazine 2012.

Unfortunately they are not supported by the Criminal Code, Marriage Law, Pornographic Law, Placement and Protection of Indonesian Migrant Worker Law and more than 200 discriminative bylaws. Indonesia also has yet to pass a Law on gender equality despite its initiation in 2009.

The country’s recent tension with Malaysia due to the unpleasant “Indonesian maids now on sale” advertisement late October and two rape cases in Penang and Seremban compels the question whether the campaign for the elimination of violence against women should be aimed domestically or projected outside Indonesia. 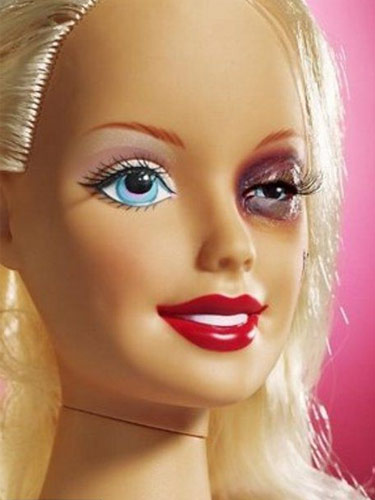 The question is more profound when recalling Malaysian Prime Minister Najib Razak’s comment “there is no need for a women’s right movement in Malaysia” at the 50th National Women Day Celebration, which portrayed the leader’s half-hearted support for women.

Despite the conditions in Malaysia, one should note that Indonesia also needs to tackle its own problems to ensure the elimination of violence against women. Systematic poverty and discrimination can be categorized as violence that forces women to find better lives elsewhere through national or international migration.

It was only last week that the UN High Commissioner for Human Rights Navi Pillay expressed shock during her visit to Indonesia “to hear the level of discrimination and injustice” that women victims of violence face in the country.

If the government is not taking responsibility, it is understandable that people, including women, flee for their lives.

Actions need to be taken but first the government should acknowledge that inequality exists, amend the problem policies and start fixing. Improvement can be reached provided people do not forget and continue making the same mistakes.

Cedaw drawing is copyright of WordPress

16 days of activism logo is copyright of womensnet.org.za