Notwithstanding the importance of popularity, voters in the current presidential election expect candidates to state their economic vision for public review. What economic policies could we expect following the 2014 presidential poll? 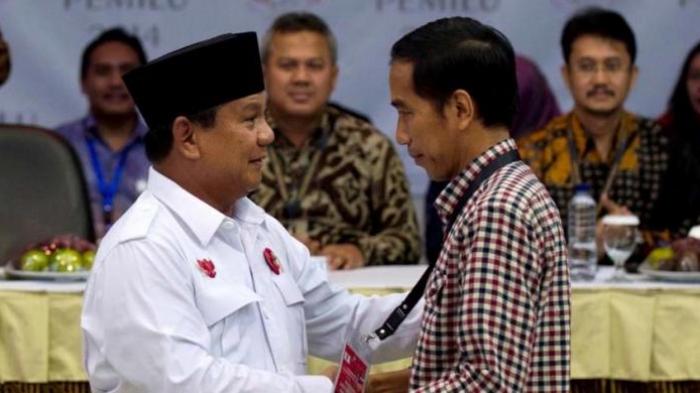 Commentary
ECONOMIC SOVEREIGNTY – kemandirian ekonomi – has dominated political rhetoric in the run-up to the Indonesian presidential election currently underway. Such talk easily attracts voter sympathy. However, realisation of such a policy is a different matter altogether, indeed it remains questionable.

There are only two pairs of candidates – Joko Widodo (Jokowi) and Jusuf Kalla (JK) versus Prabowo Subianto and Hatta Rajasa – contesting in the presidential election to be done in one round. They have announced their respective visions missions and economic positions.

Jokowi-JK promise the creation of a sovereign, independent, and strong Indonesia based on mutual cooperation – gotong royong. Their priorities are solving what they regard as tackling the country’s urgent issues that will promote economic sovereignty such as poverty, economic gap between provinces, environmental degradation, and dependency on food, energy, finance and technology.

The pair also support land reform to facilitate farmers’ ownership of farm land, affordable housing, social security and free basic education for all, as well as the building and revamping of infrastructure, including roads, railway lines, ports, airports, and economic zones.

Prabowo-Hatta, on the other hand, intend to “establish a united, sovereign, fair, prosperous and dignified Indonesia” with economic development as the top-most agenda. The pair aim high: to double Indonesia’s GDP per capita from the current IDR35 million to IDR60 million (from around US$3,000 to around US$5,000) with annual economic growth above 10 percent, from the 5.2 percent which is the lowest increase in the past four years.

They also plan to renegotiate mining contracts that are deemed unfair. To boost rural area development, the pair endorse the term ‘people’s economy’ and hence provide IDR1 billion (around US$87,000) for each village.

Part of the hype surrounding the election is the insatiable desire of the public for information and the movements of the candidates across the archipelago in their campaigns to reach out to voters. These generate their own economic momentum, catalysing transient spending patterns that will increase the country’s purchasing power, which in turn enhances national economic growth. However, the Central Bank has predicted the election to raise only by 0.1 percent Indonesia’s GDP since the number of competing political parties has declined from 44 in 2009 to 12 in 2014, not to mention the presidential election taking place in a single round.

The stock exchange and financial market moved up in reaction to the confirmation of Jokowi’s presidential candidacy on 14 March 2014. The Rupiah strengthened by 0.9 percent and Jakarta Composite Index – JCI climbed 3.2 percent. When Jokowi-JK registered their candidacy on 19 May, the Rupiah rose further by 0.56 percent while JCI 0.55 percent. Nonetheless, this phenomenon is not new and not necessarily correlated to the popularity of a particular candidate.

Despite the decline of the so-called ‘Jokowi effect’, Indonesia’s Finance Minister Chatib Basri assured that the country’s economic condition this year remains stable. Basri reemphasised that the country’s economic and financial authorities have been on guard since anticipatory policies were put in place to moderate the United States’ Federal Reserve’s ‘tapering’ monetary policy in late 2013 through interest rate increases and energy subsidy reductions.

What to expect from Indonesia’s future leader

Although nationalist economic posturings were prominent in the 2014 parliamentary election in April, the implementation of such policies remains unclear. The country’s dependency on foreign direct investment is the main impediment to any populist prescription. As a result, a “middle way” policy could be a plausible scenario in the future to balance the populist stances with realistic policies.

Whoever wins the presidential election will need to address the country’s numerous pressing economic issues. According to 2013 data of National Bureau of Statistics, 11 per cent of the 28 million people live below the poverty line. Consequently, a pro-development policy is still required to support Indonesia’s poor, yet it should not restrain the country’s economic growth trajectory. Additionally, Indonesia needs to overcome its dependency on raw materials export and instead transform its resources into export products with higher added-value to ensure the country’s economic sustainability.

Voters need to understand that campaign promises might translate differently later on depending on market and international economic conditions. The winner of the presidential election could face hurdles in conducting economic reform, especially when a candidate relies heavily on donor support for campaigning. The absence of tax relief for those making donations to political parties is one of the obvious reasons behind such a possibly troubling situation.

As there is no such thing as a free lunch, the economic policy of Indonesia’s next leadership could be swayed by obligations to campaign funders. Moreover, political parties in the ruling coalition also add to the complexity of the policy making process. Therefore, it is in the country’s best interest to maintain and strengthen the Corruption Eradication Commission (KPK), support the role of a free and fair media, and allow space for active civil society organisations to strengthen the check-and-balance mechanisms in the country.

Campaigners vs Beggar courtesy The Konyol