By Dominique Nicky Fahrizal and Fitriani

The imminent defeat of the Islamic State (IS) movement in Iraq and Syria has sparked concern that the terrorist group may relocate to other regions.

The recent suicide bombings and attacks targeting police officers in Indonesia and ongoing clashes in southern Philippines signal that the IS of Southeast Asia may not be far away.

Action is needed now before the region’s security and stability deteriorate, be it by individual states or a group of countries. As the biggest ASEAN member and home to a population comprising more than 80 percent Muslims, Indonesia’s active participation is awaited in countering the spread of IS.

Since the beginning of the year, Turkey, Russia and the United States have intensified their support for the fight against IS in Syria and Iraq. In June, Raqqa and Mosul were re-captured from the terrorist group, prompting its foreign fighters to return to their countries of origin and desperately try to wage a “holy war” there.

The war in Marawi on the Philippine island of Mindanao is a IS franchise fight in Southeast Asia. It follows the call of the late IS spokesperson Abu Mohammed al-Adnani for the group’s members to carry out lone wolf attacks during Ramadhan to obtain martyrdom. The Philippine government responded by imposing martial law in Mindanao.

Countries such as Australia, China, Russia and the US have expressed support for the Philippines. Regionally, the Philippines, Malaysia and Indonesia have launched a trilateral maritime patrol code named Indomalphi in Sulu waters, where the three ASEAN countries share sea borders.

Indonesian IS supporters are apparently eager to join the insurgency to establish a self-styled caliphate in the region, if not at home. According to the Philippines Daily Inquirer, President Rodrigo Duterte has told Indonesian President Joko “Jokowi” Widodo that most foreign fighters who join the insurgency in Marawi come from Indonesia. If Indonesia is really serious about helping the Philippines, preventing terrorists from perpetrating attacks in the neighboring country could be the first step. 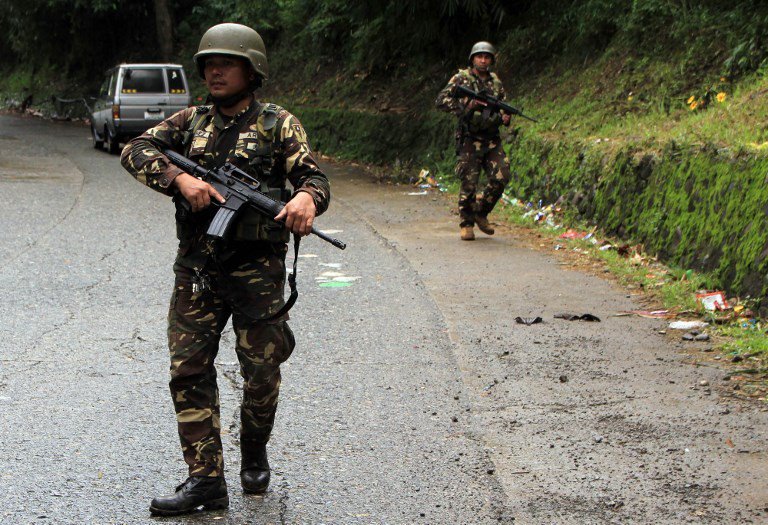 In terms of counterinsurgency (COIN), Indonesia has had a lot of experience, particularly during its journey to independence. Indonesian Military (TNI) units like the Army’s Special Forces (Kopassus), the Raider Infantry Brigade of the Army’s Strategic Reserves Command (Kostrad) and the Para-Raider Infantry Brigade also from Kostrad are well-equipped with the ability to deliver COIN operations.

In the 1950s, the TNI conducted COIN operations to crush Islamic insurgents known as Darul Islam in West Java, Central Java, South Kalimantan and Aceh. Given the experience, Indonesia can contribute to regional security, especially by deploying troops to help the Philippines eradicate the IS insurgency in Marawi.

The IS insurgency in Marawi is obviously a clear and present danger to Indonesian and ASEAN stability. But should Indonesia respond to the Philippines’ request to restore security and order in Marawi, it has to address three critical questions.

First, what will Indonesia face if it sends troops to Marawi? The answer will be evolution in the form of insurgency, specifically the Fourth Generation of War ( 4GW ). US counterinsurgency expert Thomas X. Hammes defines 4GW as a war where all available means — political, economic, legal, social and military — are employed to convince an opponent’s decisionmakers that their strategy is either unachievable or too costly for the perceived benefit.

This question confirms the main principle of COIN operations according to Australian counterinsurgency strategist David Kilcullen: know your enemy’s turf.

Second, does Indonesia possess sufficient combat ability in the 4GW environment? The TNI’s experience is self-evident. Experience in COIN operations has provided the TNI with the ability to adapt to complex environments, shifting and extreme conditions. As Kilcullen says, counterinsurgency knowledge is never static; it always evolves. Indonesia has succeeded in developing light infantry units capable of conducting anti-guerilla or COIN operations, such as Kopassus, Kostrad Raiders and Kostrad Para-Raiders.

In addition, being a predominantly Muslim nation, Indonesia has a well-suited cultural approach to fighting the strategy and culture of insurgents in Marawi.

Despite the support system, Indonesia is facing several challenges in its ability to assist the Philippines.

First is the legal constraint to deploy an armed force. The President and the House of Representatives have to discuss and mutually agree on the deployment of troops for an international operation.

Second is Indonesia’s lack of knowledge of the geographical terrain, topology and local culture of Marawi.

Third is the fact that a COIN operation requires interagency coordination and operation, in which the government would have to prepare funds and the ability of its agencies.

We should remember that a low-intensity conflict prolongs and requires abundant resources to achieve victory because COIN operations are aimed at the people’s minds and hearts.

The writers are researchers at Centre for Strategic and International Studies (CSIS), Jakarta.