Some countries adopt policies that are supportive toward women while other countries, despite being rich with oil and resources, having a democratic system and a high number of women in parliament, are still not overturning regulations unfavorable to women.

Weldon and Htun argue that in some parts of the world, violence against women is far more dangerous to the female population than terrorism or cancer. It is happening not only in homes or public transportation but also in offices and in government institutions. The range of violence varies from domestic abuse, rape, harassment, the sati practice of burning widows in their husbands’ funeral pyre and genital mutilation to sex-selective abortion.

Violence against women differs from country to country. Scholars suggest stronger state institutions, higher welfare and democracy are needed. Yet, Weldon and Htun found that political systems or capital ownership cannot end violence against women. Their solution to the problem is to encourage autonomous women’s organizations.

Their research revealed that countries with strong autonomous women organizations, not affiliated with political parties, government or business, are the ones that adopt pro-women policies. The governments of these countries conduct: Services to victims by providing shelters, legal reform through legislation pertaining to violence against women, policies to protect vulnerable populations, training professionals who respond to victims such as police and doctors, prevention programs such as school education on violence against women and administrative reform through specialized agencies to support policies for violence against women.

During her talk in Singapore earlier this month, Weldon cited Morocco’s success in reforming its Family Law (Mudawana). She compared Morocco to Iran and Indonesia, two Muslim-majority countries that have failed to reform their marriage laws. Morocco’s family law sets the legal age for marriage at 18 for both sexes, while in Indonesia it is 16 for women and 19 for men, and in Iran it is 16 for women and 18 for men. The Mudawana also stipulates shared responsibility for men and women, limiting terms of polygamy and granting women more rights in negotiating a marriage contract.

The Moroccan Family Law was first codified after the country gained independence in 1956. The law adopted Sunni Islamic jurisprudence and has been amended several times. The latest was in 2004 and has been praised by human rights activists for its ability to address women’s rights and gender equality within Islamic values. All this came about through the efforts of civil society women’s organizations that organized rallies, generated international attention to pressure the government, lobbied heads of state and consulted clerics to draft together a widely acceptable law.

However, the Mudawana still contains the problematic Article 475 that permits a rapist to go unpunished if he marries his victim. The practice of honor marriage takes place as parents force their daughters to marry their daughters’ rapists, especially in villages. Therefore, Moroccan women’s organizations are still fighting for further reform.

Earlier this year, a 16 year-old Moroccan, Amina al-Filali, had chosen to commit suicide rather than
marry the man who raped her. Her story sparked support to amend Article 475. Women’s groups denounced the Minister of Solidarity, Women and Family Bassima Hakkaoui, who tried to tone down the issue, apparently to secure her political position.

Although Indonesia has the highest number of women in the legislature (18 percent) and in the Cabinet (four out of 34 ministers) in its history, it has not correlated to producing more policies that support gender equality. According to the National Commission on Violence Against Women (Komnas Perempuan), Indonesia now has 207 discriminative bylaws, including those that are discriminative against women. 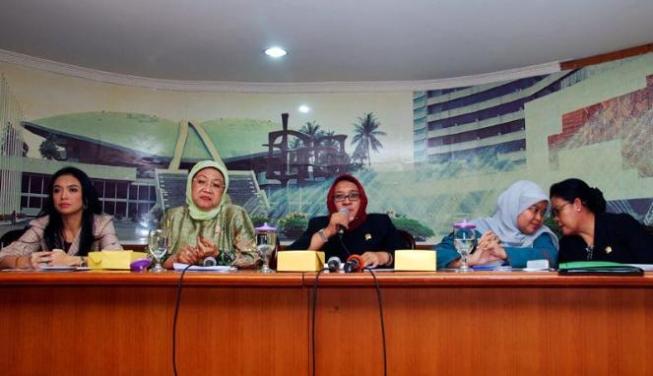 Indonesia has not succeeded in passing laws on gender equality nor in amending the discriminatory articles in the Marriage Law (1974) and the Penal Code (1915). Meanwhile, previous legislatures with lower representation of women managed to pass laws on domestic violence (2004), citizenship (2006) and the Law on Elimination on Crimes of Human Trafficking (2007).

It is time to provide more support for autonomous women’s groups to conduct advocacy. Women co-opted by power and position hinder equality movements. They adopt gender-neutral policies, which is not the answer because there are differences between women and men in terms of interests, needs and access that should be addressed.

The writer is an associate research fellow at the S. Rajaratnam School of International Studies, Nanyang Technological University, Singapore.