At the end of September during the United Nations (UN) General Assembly, Japanese Prime Minister Shinzo Abe declared his commitment to create a society where “women shine” within Japan’s structure as well as the country’s international diplomacy.

Japan was criticized earlier this year on how public or business meetings were so devoid of women. Finally, when Facebook chief operating officer Sheryl Sandberg questioned, “There are women in this country, right?” It apparently triggered Abe to encourage women to participate in public roles, particularly in the workforce.

Previously Abe had been promoting his economic policy dubbed Abenomics by The Economist, the policy is defined as a mix of reflation, government spending and a growth strategy designed to jolt the economy out of suspension that has been negatively impacting the country for two decades. 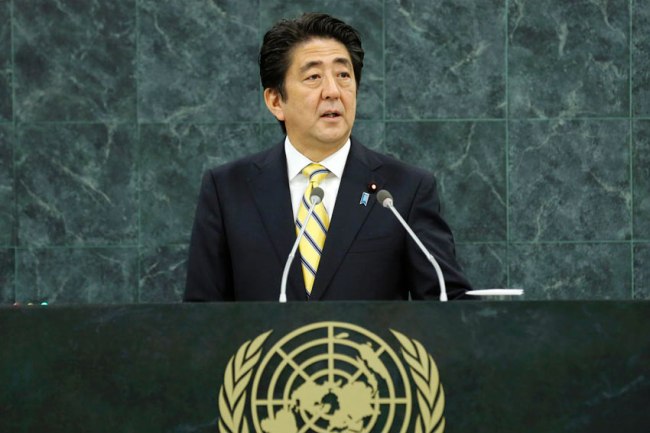 However, there is a new mix to this economic term, at the recent UN stage, Abe advocated “womenomics”, a theory that believes that the advancement of women in Japanese society directly correlates with its growth rate.

Therefore, women are positioned to be the cure of the struggling Japanese economy and perhaps also for other parts of the world.

It was Japanese economic researcher Kathy Matsui who coined the argument of womenomics. She pushed for government support to increase women in the workforce of around 20 percent, or approximately 8.2 million workers.

Furthermore, it should also target women to fill senior positions, 93 percent of which are held by men. This act of “adding-women-and-stir” is said to increase the country’s Gross Domestic Product (GDP) as much as 14 percent. Matsui proposed this idea in 1999 and at last it was recognized 14 years later.

To back up his commitment to the advancement of women, Abe has guaranteed his diplomatic support to the UN Entity for Gender Equality and Empowerment of Women. He has also pledged US$3 billion in financial support for official development assistance over the next three years, with distribution focusing on women’s participation in society, empowerment, health and medical care as well as greater role for women in conflict resolution.

Abe’s international commitment needs to be applauded, however, in terms of practicing what he preached at home, he seems to have hit a wall. According to Goldman Sachs research, 70 percent of Japanese women leave work after they have children as the working environment is uncompromising and offers little mobility for women.

To counter this, Abe is offering tax rebates for companies that support mothers who return to work and encourage corporations to promote at least one woman to the position of company executive board member.

Despite his good intentions, Abe was criticized regarding his policy on maternity leave, where he suggested national companies should give three years maternity leave. Pushing for a long period of maternity leave was said to make women less sought after by the business sector.

Yet, advocating for short maternity leave creates the image that the government is not supporting family friendly working environments, which causes an even greater decline in the population growth. According to World Bank data, Japan is currently experiencing minus growth (-0.2) of its population as a result of low birth rates and low immigration.

The criticism of Abe’s maternity leave policy is that it does not endorse paternity leave, which accentuates the notion that “kids are women’s work”.

Hence, what Abe echoes, perhaps unintentionally, is that women should breed babies, take care of the family as well as having a job. With these triple burdens imposed, it is difficult to make “women shine” especially without changing the mind-set of family responsibility sharing.

Japan has no paternity leave, compared to Indonesia that gives two days; while Singapore and the Philippines allow one week, and South Korea allows one year paternity leave. Probably what is difficult for Japan is also that the country has no flexible immigration law that enables an influx of foreigners to help with menial chores.

Take for example Singapore and South Korea where domestic helpers and nannies are said to be the solution for women to obtain “work and life balance”.

However, the truth is that nursing and caring work are passed-on to other women, which is the cheap solution due to an unwillingness to share domestic work equally. The children will see, as they grow up, that nannies are acting as replacements for their mothers and they will adopt similar attitudes when they become a part of society.

Compare this to the situation in Sweden, where 16 months allocated parental leave is divided between husband and wife, with each having to take a minimum of two months leave. This system would at least provide a chance for dialogue on child care responsibility sharing .

Therefore, to let women shine Japan has three options. First, to open its immigration tap, allowing immigrants to take over the work that the society deems undesirable. Second, advocating gender equality at work and at home, by perhaps empowering campaigns directed to father, mother and employer.

Last, Japan can just go ahead with international campaigns without practicing it at home.

Coming back to Abe’s speech at the UN, he also acknowledged several women, whose contributions have improved Japanese society. He first acknowledged Tokiko Sato, a Japanese aid specialist who dedicates her life to improve maternal and children health in Jordan.

Last, Abe noted Lieutenant Islam Bibi, the highest ranked Afghan woman police officer — as well as a mother of three children — a woman that exhibited the importance of women’s participation in facilitating peace and security. 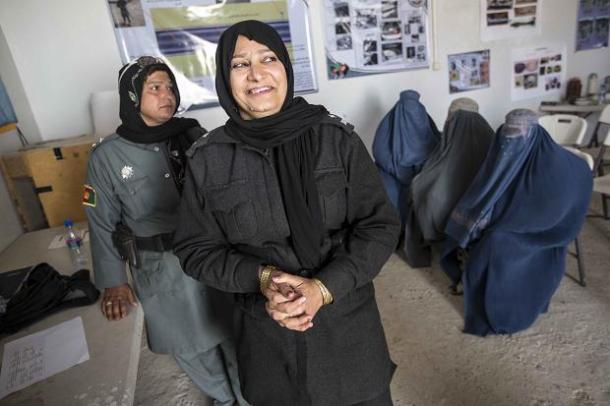 Sadly, Lt. Bibi was recently assassinated but hopefully her inspiration for the improvement of society will go on with tireless support, including from Japanese foreign aid.

I am guessing, from these examples that Abe was trying to show that women could be mothers and so much more.

The writer is an associate research fellow at the S. Rajaratnam school of international studies, Nanyang Technological University, Singapore.

Image of Islam Bibi courtesy of The Times, UK