Indonesia plans to acquire more submarines to boost its defence capability. Before doing so, it needs to revamp its current strategic policy guidelines as well as enhance naval operational support.

Having operated German-made Type-209 (Cakra-Class) submarines for more than three decades, Indonesia is no stranger to the submarine platform. During the Sukarno era, the Indonesian Navy had 14 Soviet Union Whiskey-class submarines which were in service until the 1970s. The rise of the army-centric and West-leaning New Order regime under Suharto contributed significantly to ending the service of these submarines. 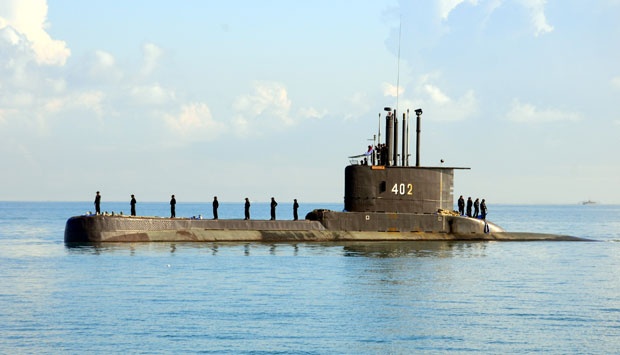 By the end of the Minimum Essential Force (MEF) programme in 2024, TNI AL aims to become a green-water navy. The MEF plan requires the Indonesian Navy to operate at least 10 submarines, later revised to 12. Without a proper strategic guideline, it will be difficult for the country to establish a coherent procurement plan.

The country’s last defence white paper was published in 2008, while the new one, after delays, is supposed to be issued this year.

President Jokowi’s Global Maritime Fulcrum (GMF) aims to transform the armycentric paradigm to a maritime-focused strategy. However, the delay in translating the GMF into policy guidelines, especially for the defence sector, created doubt about the concept’s centrality as a strategic guidance. The 2008 White Paper gave no clear guidelines on the country’s geopolitical and geostrategic perception nor any organised procurement plans.

Besides security Indonesia’s plan for submarine procurement is to obviate increasing acquisition costs in the future and meet its aspiration to operate and master cutting-edge technology. Nonetheless, the problematic joint-production of one Chang Bogo submarine between Korean Daewoo Shipbuilding DSME and Indonesian PT PAL taught it a bitter lesson of the sluggish pace of technology transfer due to limited capability to absorb the transferred knowledge and the vendor’s reluctance to transfer it. Sending Indonesian engineers from PT PAL to South Korea was not enough, as the company still needs to build a facility which is capable of producing 2,000 tonnes submarine.

Securing Indonesian archipelagic waters’ choke points and strategic straits are crucial for the GMF’s efficacy. Based on the UN Convention on the Law of the Sea 1982, Indonesia has the sovereignty of its waters but also must allow the passage of other countries’ naval and/or civilian ships. Complying with the demand of the International Maritime Organisation, Indonesia proposed Archipelagic Sea Lines of Communication (SLOCs, or Alur Laut Kepulauan Indonesia – ALKI) through three straits, namely the Malacca, Sunda and Lombok Straits. 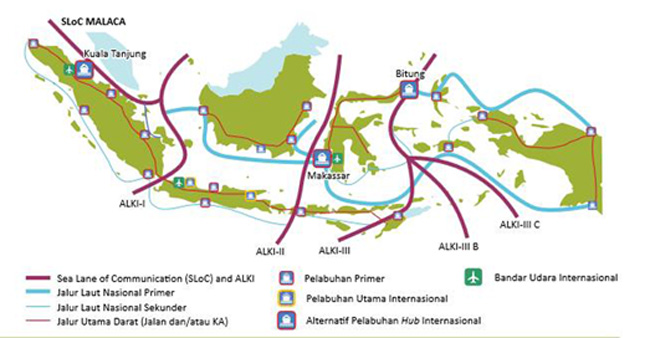 Building a strong maritime force is necessary to safeguard these ALKI routes. In addition, acquiring sophisticated maritime platforms from countries which do not use ALKI frequently, such as Russia, is considered prudent due to their low interest in the passage, and its alignment with Indonesia’s current defence budget austerity.

The Indonesian Navy has also to deal with practical housekeeping issues.

Firstly, operating submarines requires technology-proficient and experienced officers. Having only two submarines at its disposal severely limits training opportunities. It is essential for the Indonesian Navy to increase its capacity before the new submarines arrive.

Thirdly, as submarine is one of the navy’s spearhead platforms, it may spark inter-service rivalry. There is a probability that these new cutting-edge platforms will stimulate envy in other services. Creating a fair, transparent and proper procurement plan supported by sound strategic policy is required to avoid unnecessary friction.

Convergence of foreign and defence policies?

Indonesia’s aspiration to procure submarines signifies its ambition to be recognised as a rising maritime power in accordance with the GMF doctrine. In a theatre of conflict, submarine is generally used as a means to conduct stealthy siege upon enemy fleets, raid commercial shipping lines or deny enemy ships from encroaching sovereign maritime boundaries.

The absence of clear strategic guidelines, however, makes it difficult to estimate its role in peace time. Noting the pillars of GMF – especially the protection of marine resources and maritime diplomacy – there is a high probability that submarines will be utilised for safeguarding its ALKI; for surveillance purposes – especially in border areas where illegal territorial breach are common, and potential flash-point areas are located, such as the Natuna Sea – and to enforce Indonesia’s sovereignty.

Juxtaposing Indonesia’s intention to procure submarines with its foreign policy goals suggests an interesting convergence between its defence and foreign policy. Several policies such as the controversial execution of convicted drug traffickers and scuttling of illegal fishing fleets, suggest that sovereignty has been the highlight of Indonesia’s foreign policy under President Widodo.

The convergence can be traced back to Sukarno’s 1963 principle of Trisakti that stressed Indonesia’s ability to be independent, and Jokowi’s concept of Berdikari (literally standing on one’s own feet) which he mentioned during the presidential campaign in 2014. Under President Jokowi’s leadership, the concept is incorporated not only in foreign policy, but also around its defence policies.

Such convergence would be beneficial for Indonesia’s foreign policy posture and, to a larger extent, for fulfilling its recent ambition to become a global maritime power. However, maintaining such convergence will be difficult as economic and domestic turbulences have not ceased.

Image courtesy of http://www.unescap.org/ and Tempo